Deputy Arden Webster died during the early morning of July 14, 1965. He had made a traffic stop on Interstate 80 in Roseville when he was struck and killed by a pick-up truck. Webster and his partner, Deputy Bud Murray, had been dispatched to the area after Sergeant Don Nunes and Roseville police officers stopped a taxicab they believed was associated with an armed robbery in Reno. When they determined it was not involved, they returned to their cars and Webster was hit by the truck being driven by a Penryn man.

Arden was Auburn’s first official police officer in the 1930’s and also served with the Lincoln Police Department. Webster had lived on Joeger Road in Auburn. He was survived by his wife, three sons, and two daughters and was buried in the New Auburn Cemetery. He was 58 years old. 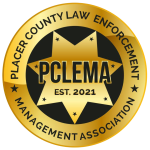